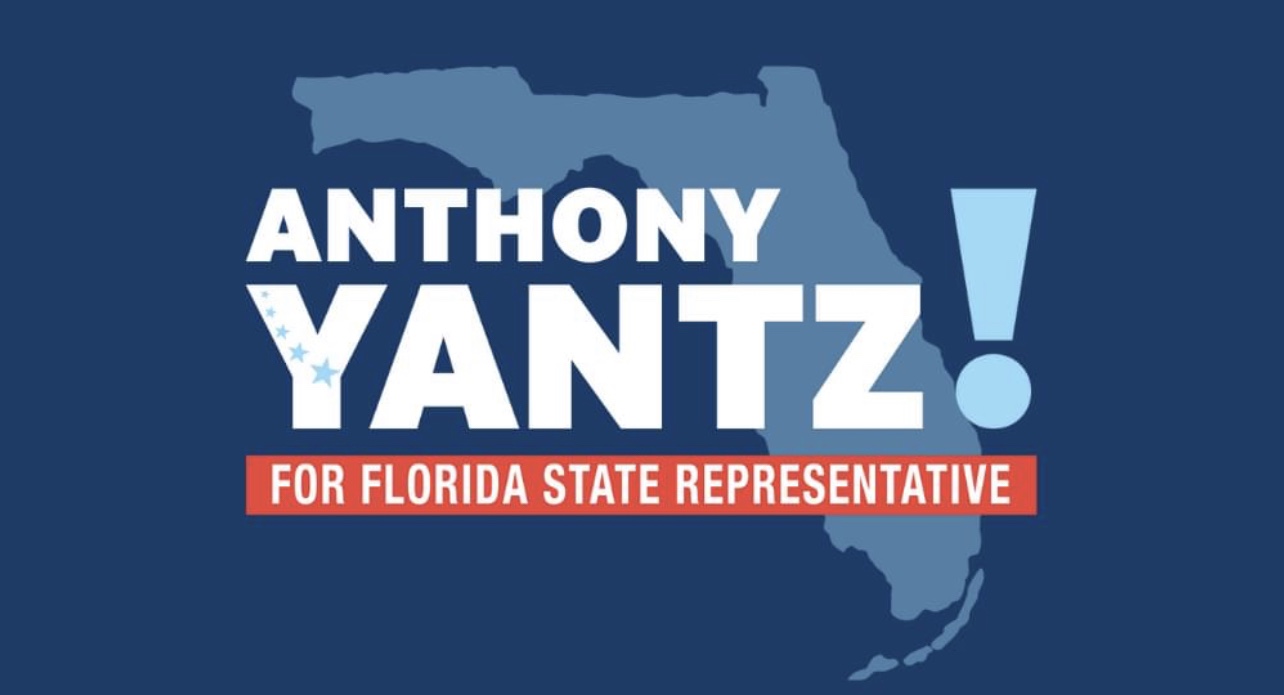 Anthony Yantz and wife Amber are both realtors, small business owners, and are the loving parents of five children. He grew up in the Vermont Foster Care Program experiencing 5 foster homes before finding his forever home.Those temporary homes affected a great deal of Anthony’s beliefs as a man. Having experienced life with a black family, he saw and realized the damage and pain that prejudice toward minorities can cause. Having lived in an abusive home, Anthony realized the importance of teachers. A teacher recognized the signs of abuse and took the necessary steps to remove Anthony from that situation. Basically saving his life. These experiences taught him the meaning of a simple kind act and the challenges of many working families first hand. Inclusion and diversity are not simply buzzwords to Anthony. They are rights.

Anthony Yantz is running as State Representative in District 33 to unseat incumbent Randy Fine.  He’s running as a Moderate because politicians have to work together.

The extreme left and extreme right of both political parties in Congress and state legislatures are tearing America apart and destroying democracy. Save America means Saving Democracy. We must communicate with one common thought, moving America forward.

He is running as a Democrat because the previous Congress set up a tax structure that favors the rich, major corporations, and wall street over the working American family.

Anthony believes reducing healthcare cost is a critical challenge, spending on infrastructure is past due (lagoon, flooding, condition of roads) and bringing prescription drug prices in line with the rest of the world is common sense. Currently Sen. Rick Scott is pushing to sunset/expire Social Security, Medicare and Medicaid in 5 years. Senator Ron Johnson of Wisconsin advocates making these benefits discretionary (which means they expire every year, and the Congress must fund and re-approved each year. Can you afford that?  Senator Rubio has prioritized repealing the Prescription Reduction Act asap. The first break in pricing for senior’s prescription prices in 20 years

For Brevard we have to address the cost of home insurance, the dying lagoon and flooding. Available housing and the median income in Brevard are becoming challenges to future growth. The median wage per worker is $29k and $59k per family. Meaning half the citizens of Brevard make less than that amount. While the costs of renting or owning a home have skyrocketed.

Women should have the right of choice. It belongs to women, their families, and religious leaders, not a government dominated by 75% men.

He believes in safe schools staffed by properly paid educators and staff. And providing public schools the priority status to educate our children.

And Anthony supports the reduction for the costs of college. College books and tuition have increased three fold in the last 20 years. It’s not feasible to attend college without massive student debt, which is also outrageous.

Anthony is running against Randy Fine to bring civility to Brevard. Division and hate will not save America. Our current leadership is not speaking about many issues, whether local or national. Not speaking because the issue is unpopular with many voters. Supporting Anthony is supporting policies critical to you and your family.