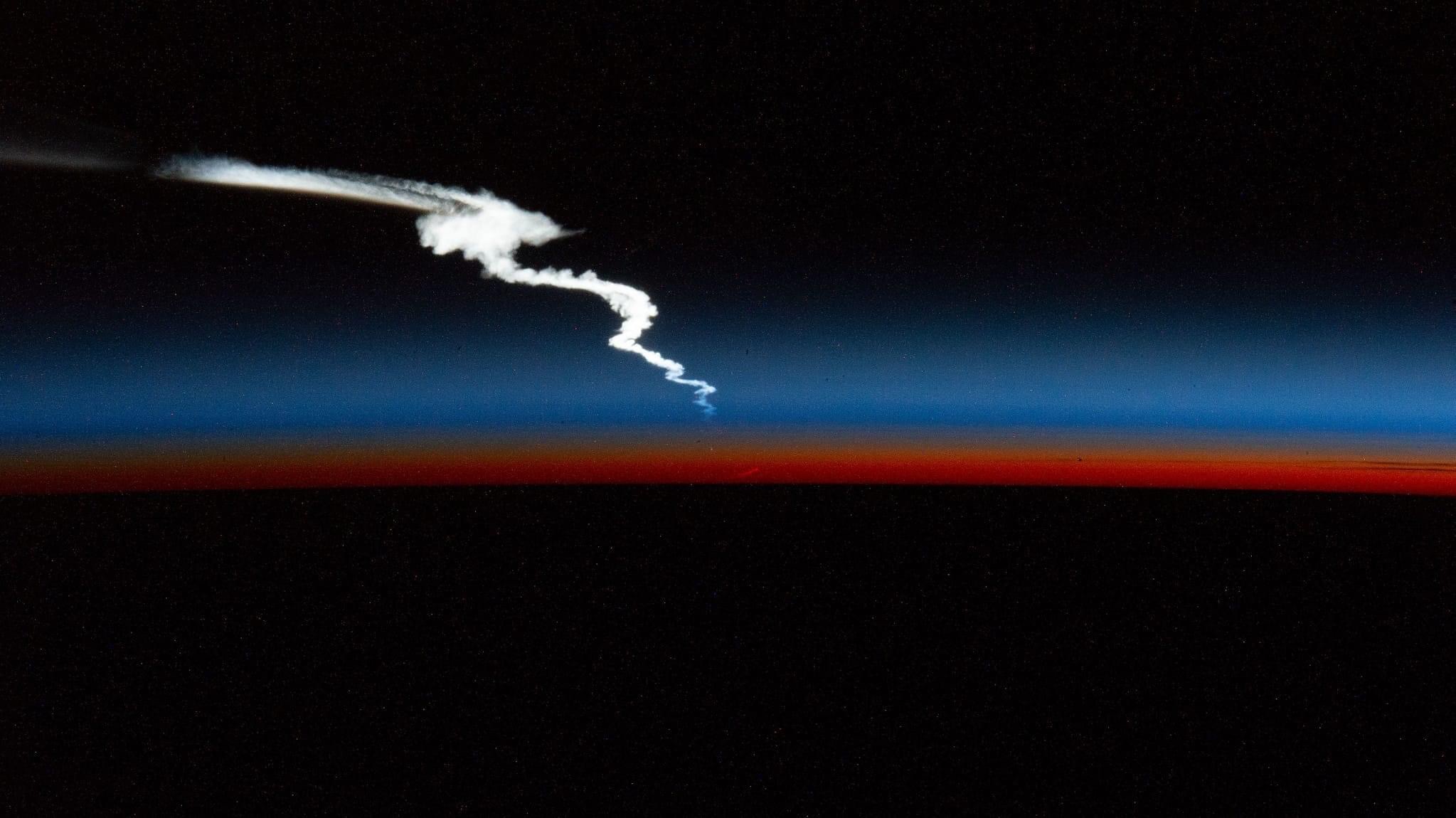 An external high-definition camera on the International Space Station captured the launch plume of the SpaceX #FalconHeavy rocket after it had ascended to Earth orbit following its liftoff on Sunday, Jan. 15, 2023, from NASA’s Kennedy Space Center in Florida. The space station was flying 262 miles (421 km) above the Atlantic Ocean just after an orbital sunset at the time of this photograph.