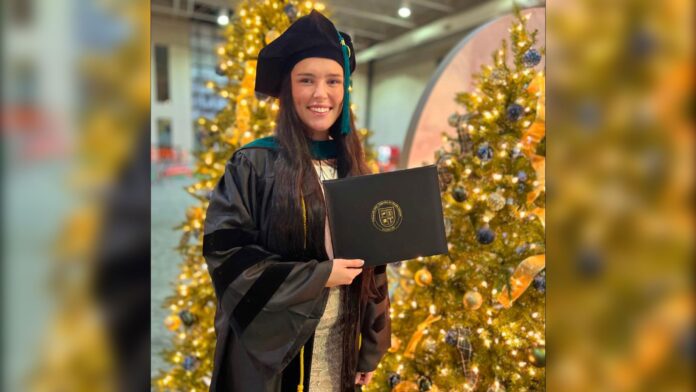 26-year-old, newly graduated Occupational Therapist Megan Grace died of her injuries this afternoon after her and Rikki Grace were struck by an out-of-control Ford truck last night.

According to police, 29-year-old Robert Mitchell Lueck of Satellite Beach in a Ford Pickup truck was traveling northbound on Front Street. The Megan and Rikki were walking on the sidewalk along the east side of the roadway. The driver lost control and left the roadway, crossing onto the sidewalk, and hitting them both.

When police arrived, they found them both suffering from life-threatening injuries.

Witnesses reported that Lueck appeared to be under the influence, and that when turning onto Front Street from Melbourne Ave, he accelerated quickly and the truck fish-tailed causes him to lose control and jump the sidewalk.

No charges have yet been filed.

Rikki, a 3rd-grade teacher in West Melbourne, died from her injuries last night. Megan had been fighting for her life in the hospital since then, and passed away this afternoon. Family reports that Megan suffered a heart attack upon impact, leaving her without brain activity.

Megan and Rikki were walking their two yorki’s when they were struck by the truck. One of them was quickly found after the accident, but the other had been missing, but was finally found this afternoon.

Friends and family posted on social media an out-pouring of love and support for these two young women, that had such bright futures ahead, and had clearly already made a tremendous positive impact on their community.

As of this evening, the investigation is still ongoing.