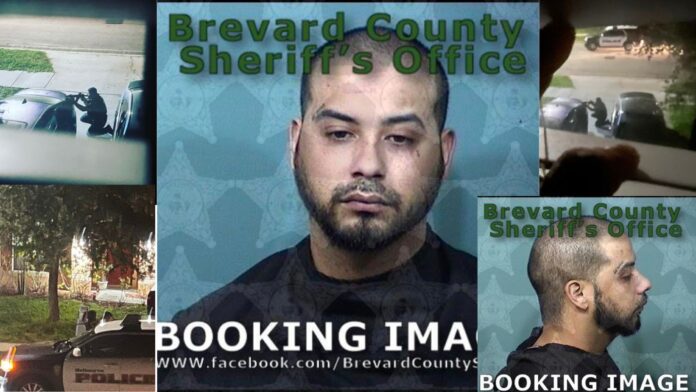 We have obtained photos and video from a police shootout with a domestic violence suspect last week. Photos and video provided by resident Brandon Story.

Melbourne officers were dispatched to a home near Palm Bay High School around 1:55 a.m. after a woman said over the phone that her boyfriend was attempting to stab her tires. When confronting the man, officers found that he was armed with a handgun, police said.

32-year-old Anthony Rivera fired several rounds at the officers and one officer returned fire, according to Melbourne police. Rivera then ran into the house and began firing more shots inside.

A second round of gunfire came from Rivera toward officers and other homes from a second-floor window of the residence, police said.