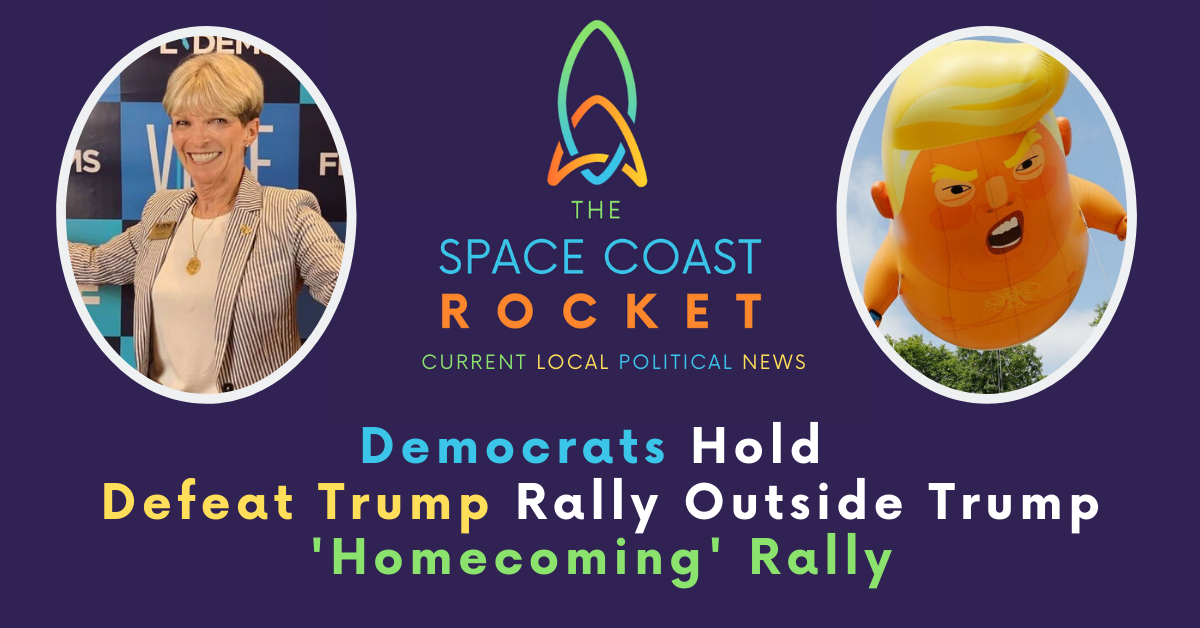 Sunrise, Fla. — Media outlets reported on how Florida Democrats came out to welcome Donald Trump with a Defeat Trump rally and launched the Trump Baby Balloon. Miami CBS 4 interviewed activists and reported on the rally.

From CBS 4 Miami:
President Donald Trump’s “Homecoming Rally” at the BB&T Center in Sunrise wasn’t the only rally at the venue.

With nearly 600,000 registered Democratic voters in Boward, they outnumber registered Republicans in the county by more than two to one.

Democrats welcomed Trump to Florida with the Baby Trump Balloon and a rally to “Defeat Trump.”

“Florida is tired of being hurt by his broken promises,” said Rizzo in a statement. “This isn’t a homecoming rally, this is a retirement party.”

Broward Democrats have been hitting the streets to get out the vote and say they have seen an increase in volunteers who want to see a new Commander-in-Chief.

“We came so close on so many races. I think we felt like we let it slip by. So, I think a lot of people are coming to volunteer because they don’t want to take this next election for granted,” said Cynthia Busch, Broward Democratic Party Chair.

Wasserman Schultz weighed in to fire up the crowd.

“In a year from now we will make it very clear how Florida and how Broward County feels about Donald Trump and what he has done to our country,” she said.

Tampa Bay Times: Trump rallies in Florida today. What that means for the GOP – and Democrats.
https://www.tampabay.com/…/trump-rallies-in-florida-today-…/