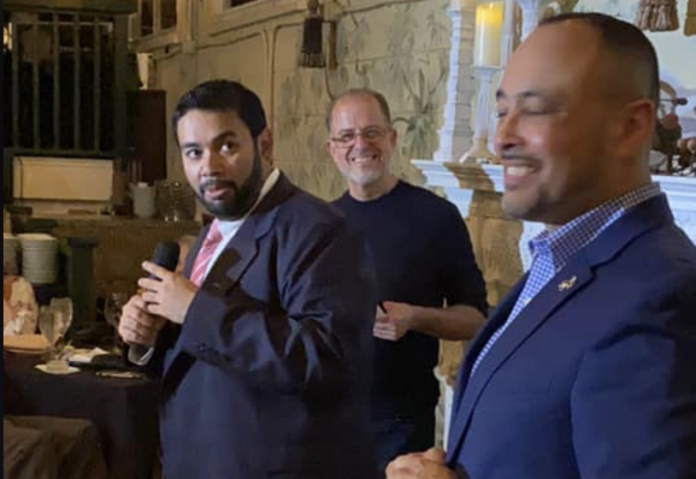 Puneet “P.K.” Kapur resigned from his position as chair of Marketing on the Brevard County Tourist Development Council county advisory board, after FDLE and FBI investigators alleged that Kapur was the middle man in a Palm Bay bribery case.

Kapur was not charged in the case and agreed to cooperate with law enforcement. Florida Department of Law Enforcement investigators allege that Kapur attempted to broker a deal to buy votes.

“Please accept this letter as a formal notification that I am resigning from my position as TDC member immediately. I want to thank you & your professional staff members for your leadership and making the Space Coast a desirable tourist destination. Please relay my well wishes to the fellow board members for continued success.”

Kapur was nominated to the seat by District 3 County Commissioner John Tobia. Tobia is currently seeking a replacement for Kapur’s 4 year term on the board.

Councilman Brian Anderson is also on the TDC Board as an appointee by County Commission Chair Bryan Lober. He has not resigned.

In addition to attempting to bribe Anderson, West also attempted to donate money to 3 current candidates for Palm Bay Mayor and City Council.

West met with Mayoral candidate Rob Medina at Kapur’s hotel. Medina states that he did not take the donation from West because of concerns voiced to him by residents of Plantation Circle. However, according to the residents, their meeting with Medina did not take place until after Medina’s meeting with West.

Medina also currently has his campaign sign on the property owned by West with the permission of West, that is up for vote by the council after this election and when Medina would take office should he win.

Medina later told Florida Today that he did receive a check from West, but then decided to return it, but none of that is reflected in his campaign finance reports.

Medina’s opponent, Kay Maragh, a real estate agent, currently sits on the City’s Planning and Zoning board and voted against the rezoning of the West property in question. She was not approached by West and hasn’t accepted donations from any other developers.

Since the news broke on Friday, residents have expressed concern over Medina’s vulnerability to outside influence after his recent financial issues of bankruptcy, and being sued for unpaid debts have surfaced. Medina also did not disclose any income, assets, or liabilities on his financial disclosure statement for his candidate qualifying packet.

We will be doing a story on all candidates financial history later this week in greater detail.

Also receiving donations from West are candidates Donny Felix for Seat 2 and Randy Foster for seat 3.

Both reported receiving the donation from West in their campaign finance reports.

Felix also sits on the Planning and Zoning board for the city, and though accepting the donation from West, still voted against the project. Felix stated that he votes on the board based off of the information that is presented by the applicant and the public, not by campaign donations.

Foster, a retired law enforcement officer and Veteran, says he reported the donation because it is 100% legal and he has nothing to hide.

Foster said he had met with West before receiving the contribution.

“He felt I was the best candidate in the race, and the one he wanted to support,” Foster said.

Foster said he would vote on the project based on “what’s best for Palm Bay, not who gave me a donation.”

Rep. Posey’s Statement About Today’s Events at the U.S. Capitol

Congress to resume count at 8pm; some will no longer object after witnessing today’s events

Feds say Florida has only administered half the vaccines it’s been given; Desantis says...

Feds say Florida has only administered half the vaccines it’s been...