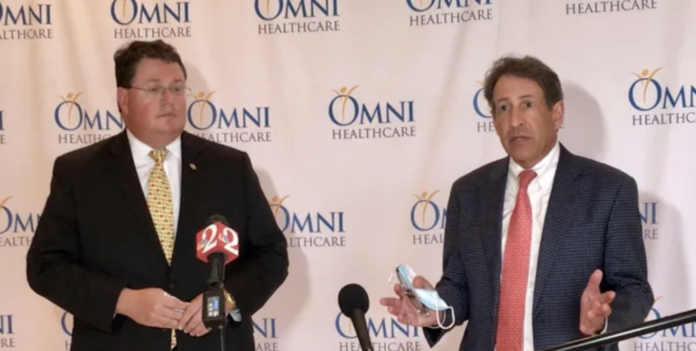 Judge George T. Paulk today was set to hear arguments in an eviction lawsuit between Omni Healthcare and its owner Craig Deligdish and the North Brevard Hospital District– more commonly known as the Parrish Medical Center.

Parrish, a tax supported entity, alleges Deligdish owes more than $464,000 in unpaid rent at its cancer center in Titusville and terminated Deligdish’s lease to operate there.

However, Omni argues, it only owes roughly $50,000 and has paid that balance due.

The eviction lawsuit is one of three active cases between Deligdish and Omni and Parrish Medical Center and its CEO George Mikitarian.

A second lawsuit filed in June 2021 is pending before Judge David Dugan. The original complaint, filed by Omni against North Brevard Medical Support, remains sealed on the Brevard Clerk of Court’s website. The complaint contains two causes of action, one for breach of contract, and the other for declaratory relief. North Brevard Medical Support is part of Parrish Medical Center.

In the pleadings, NBMS claims that Omni and Deligdish falsely requested 20,000 COVID-19 vaccinations from the Florida Department of Health on behalf of NBMS.

“This request was never authorized by NBMS and was intended to benefit Omni,” according to NBMS’s countersuit.

The accusations against Deligdish and Omni do not stop there, however.

A new website called DeligdishWatch.com is making the rounds in Brevard.

The website contains a catalogue of complaints against Deligdish, who they label as a vexatious litigant.

Given the sensational nature of the allegations flying in these lawsuits, it is interesting local media has devoted virtually no attention to the legal disputes between Deligdish and Parrish, especially since Deligdish regularly appears in the Florida Today newspaper and on local television news outlets.

Deligdish is politically well-connected in Brevard.

He has done press conferences and Facebook Live events in the past with State Rep. Randy Fine. Fine personally pushed for residents to visit Deligdish’s locations for COVID-19 testing.

Brevard County Commissioner Bryan Lober appeared to have shepherded Deligdish’s request to be included as a COVID vaccine partner with Brevard County earlier in the year, a controversial move that the Commission narrowly approved 3-2.

We will continue to follow these cases as they develop.