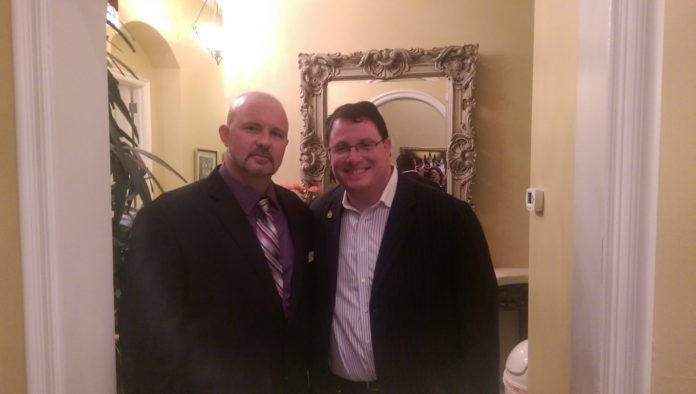 As a result of this post and the comments beneath it, the publication Brevard Times published an article today headlined ‘City of Melbourne Defies Florida Governor: Businesses Can Re-Open.’

This article caused the City of Melbourne to issue an official statement clarifying the issue.

The City of Melbourne issued the following statement:

RUMOR CONTROL: A website today posted an article incorrectly claiming that the City of Melbourne is defying the Governor’s Executive Order regarding essential businesses and activities. Unless extended or rescinded, the entire state, including the City of Melbourne, is still under the Governor’s Executive Order 20-91 through April 30, 2020. The City does not have the authority to supersede the order or to add essential businesses on its own. City employees have not changed how we are treating businesses with regard to the Governor’s order and the city has not opened up all businesses. The City is awaiting the Governor’s directive regarding the re-opening of Florida and will follow that direction with the knowledge that the City Council has expressed a strong desire and commitment to get all businesses open again as quickly and as safely as possible.

Brevard times retracted that article and published a new one with the clarification from the City of Melbourne and made the following statement.

The City of Melbourne’s official website is stating that the city is not defying Florida Governor Ron DeSantis’ order by allowing non-essential businesses to re-open in direct contradiction to statements made by Melbourne Vice Mayor Paul Alfrey to Brevard County Clerk of Court Scott Ellis with instructions to Ellis that he could publish those statements in his official capacity.

Prior to the article from Brevard Times, Deputy Mayor Alfrey did not post any clarification to the comments or post by Ellis. After the official statement from the City however, Alfrey attacked Ellis directly on Facebook in a lengthy post.

State Representative Randy Fine, who has gone back and forth with Ellis in the recent past, did not pass up the opportunity to co-sign on Alfrey’s statements with one of his own.

Alfrey, who is a friend of Fine and works on his re-election campaign, pointed out that Fine donated his State salary this month to Farm Share. Fine, who according to official records claims to be worth over $20,000,000 is often very vocal in criticizing local elected officials in their spending of taxpayers dollars. He’s gone as far to say that he considers it theft to have taxpayers foot the bill for elected officials to have cell phones for official business. Fine proudly states he uses his own cell phone in order to save the taxpayers money.

However, a recent public records request contradicts these statements. State financial records show that although Fine is very wealthy and drives and electric vehicle (Tesla), he often charges the taxpayers mileage reimbursements for voluntary events like speaking at school functions, or conducting news interviews. Not only does he claim these reimbursements for himself, but also claims them for each individual of his staff separately to attend the same events. We will be doing a more in-depth story on the analysis of Fine’s financial history in the near future.

Most importantly, the rhetoric, back and forth bickering, and political posturing between elected officials leaves residents as innocent bystanders. Since the beginning of this pandemic, communication at all local levels has been confusing, contradicting, inconsistent, and often absent. This is just the most recent instance of politicians putting themselves and their ego’s above the safety of the citizens.

This comes on heals of Florida having back to back days of record deaths from the Covid-19 virus and the 8th death in Brevard. Across Florida, there are 29,648 cases as of Thursday morning, an increase of 1,072 cases. Florida has seen 4,640 hospitalizations thus far and 987 deaths, an increase of 60.