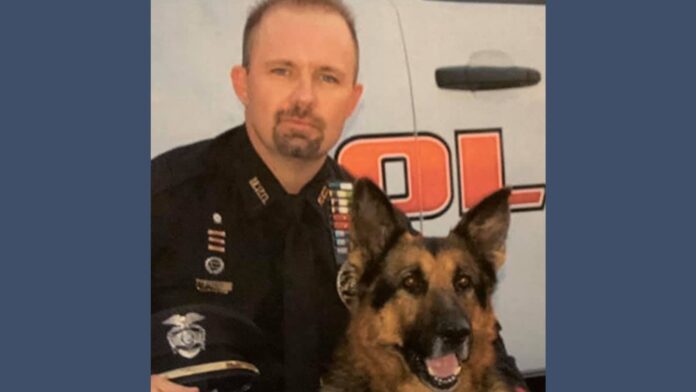 The complaint states that then officer Alfrey approached 2 men, Mark Chergosky and James Miley, who were shrimping under the Melbourne Causeway engaging them in casual conversation. Alfrey eventually asked that they provide him with their ID, which they complied with.

It was then that Alfrey was joined by 2 other Melbourne Police officers while Alfrey ran their information.

MPD Communications informed Alfrey that one of the defendants (Miley) had an arrest warrant for failure to pay a traffic ticket and driving on a suspended license. Communications never stated Chergosky had any warrants.

Alfrey however, went on to tell Chergosky that he also had a warrant for his arrest even though that was never communicated to him from the department.

The other 2 officers acted on the information provided by Alfrey and told Chergosky his was under arrest and to put his hands behind his back.

The officers wrestled him to the ground and began punching, kneeing, and kicking him to comply while he was face down on the ground.

Alfrey put Miley, who actually had the warrant in handcuffs without incident, and then jumped on top of Chergosky to join the other 2 officers.

The officers finally stopped their assault and placed him in handcuffs in front of his body. He was arrested and charged with resisting arrest without violence. He was 47 years old at the time.

The city eventually settled the case out of court in favor of Chergosky with financial compensation.

This is one incident of a string of behavioral and performance issues that lead to the eventual resignation of Alfrey in order to avoid further discipline. He was under investigation at the time of his resignation, and resigned prior to the outcome.

Alfrey still maintains however, that he is officially retired from the force and did not resign.

Alfrey is currently running for the office of Mayor of Melbourne. www.paulalfrey.com