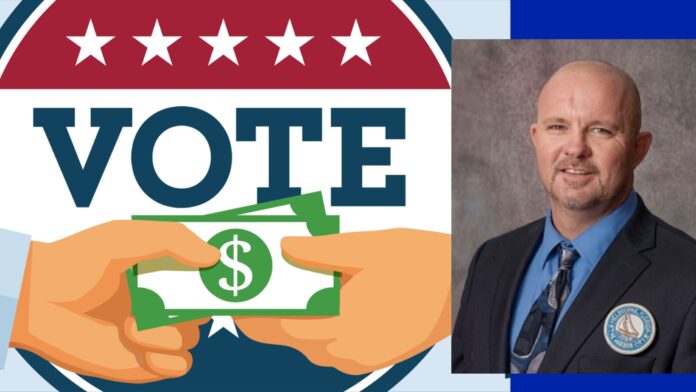 Officer Frank Carter was arrested in 2010 as a result of an investigation by the FDLE, resident-agent-in-charge Wayne Ivey.

“He faces five felony charges of official misconduct and misdemeanor charges of falsifying records,” Ivey said. “We have been investigating him for the last two months.”

Although reportedly fired from the Police Department, Carter states on his LinkedIn profile that he is a “highly decorated retired police officer.”

Similarly, Vice Mayor Alfrey makes the same claim in his official bio on the City of Melbourne’s website. Although records show that Alfrey had to resign in order to avoid termination after multiple investigations, and discipline for official misconduct.

Alfrey disputes this, and still claims to be officially retired from the Melbourne Police Department.

When questioned about the current contributions to his campaign from Carter, Alfrey stated it must be a typo, and he will correct it. He also reported receiving $250 in cash from another donor which is 5 times over the limit.

Alfrey is in a 4-way race for Melbourne Mayor. The other candidates are C.J. Johnson, Hazel Buggs, and Molly Tasker.