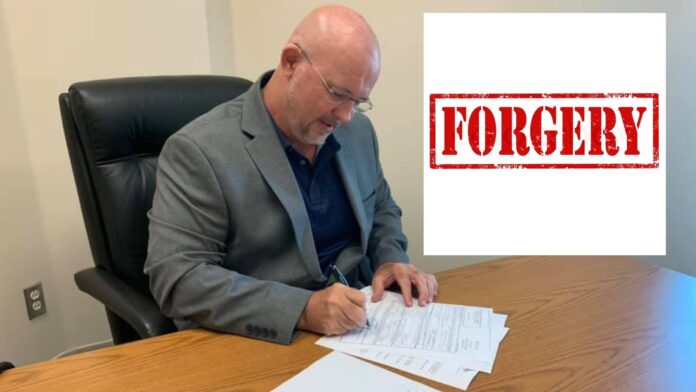 In a now deleted Facebook comment, Melbourne’s Vice Mayor Paul Alfrey posted a screenshot of an email from 2011 that appeared to be to him from then Melbourne Chief of Police, Steve Mimbs.

Alfrey resigned from the police department apparently in order to avoid further disciplinary actions after numerous founded investigations into his behavior, although he still claims to be officially retired.

Alfrey posted the Facebook comment containing the email on his campaign Facebook page in what appears to be an attempt to show that despite reports, the Chief saw him favorably.

However, the email titled “Fwd: Evaluation” is from palfrey@melbourneflorida.org and to alfrey345@yahoo.com. The Chief’s email address is nowhere within the email or the headers.

Here is a copy of the email he posted. This is the latest in a string of integrity issues with the Vice Mayor that have shown to be a pattern stemming from his law enforcement career and now into his campaign for Mayor of Melbourne.